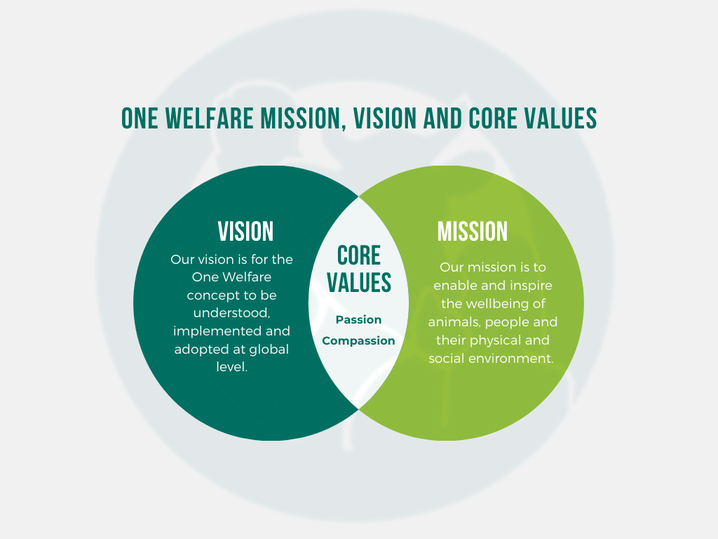 ​​
One Welfare serves to highlight the interconnections between animal welfare, human wellbeing and the environment. It fosters transdisciplinary collaboration to improve human and animal welfare internationally. One Welfare also helps to promote key global objectives such as supporting food security, sustainability, reducing human suffering and improving productivity within the farming sector through a better understanding of the value of high welfare standards.

​​​One Welfare extends the approach of (and partially overlaps) the One Health theme used for human and animal health. A One Welfare approach promotes the direct and indirect links of animal welfare to human welfare and environmentally friendly animal-keeping systems.
​
Increasing education and awareness will help to establish different ways of working and improve efficiency within local and global networks of those working in animal welfare, human wellbeing and environmental issues. It will overall support implementation of sustainable development goals. 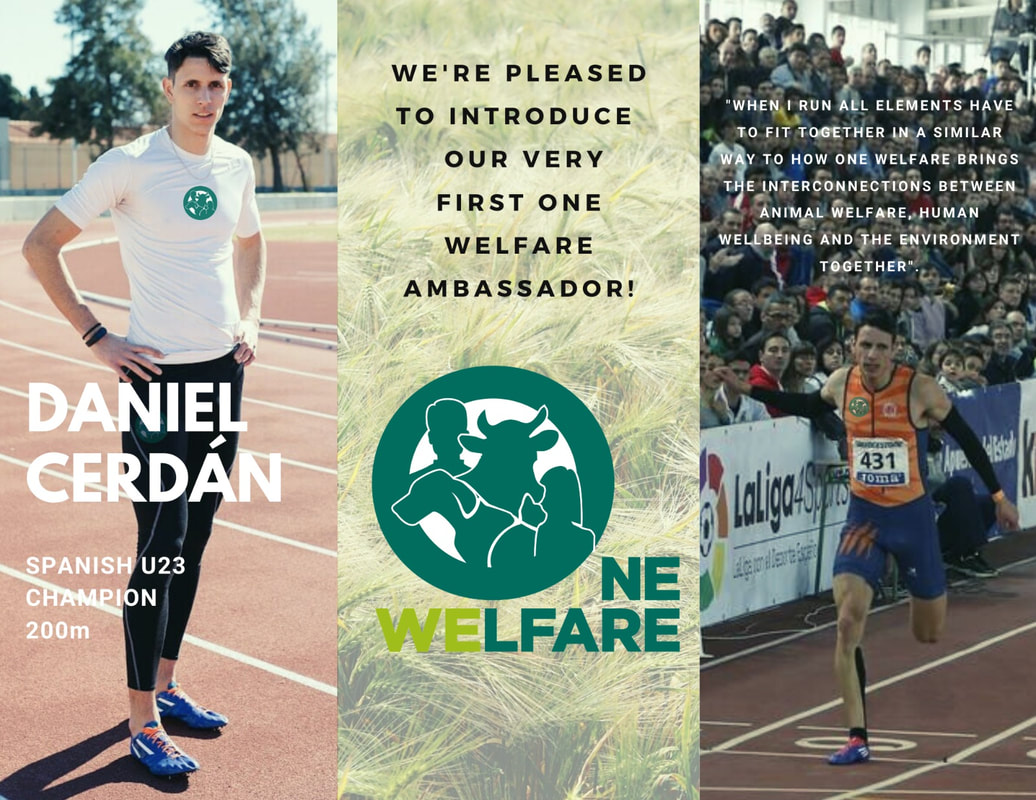 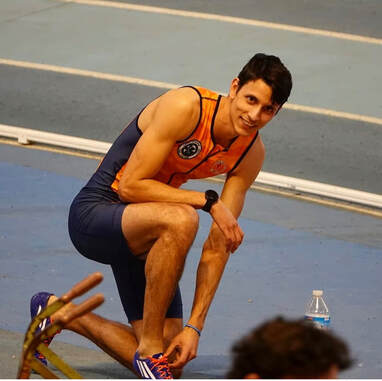 Daniel Cerdán is a Valencian athlete, specialised in sprint races. He trained at the Valencia Terra i Mar school in children's categories but did not stand out as a sprinter until he joined the Torrent Athletism Club, where he specialised in the 200 meters.

Daniel combines sports life with industrial design and has recently completed his studies as a Design Engineer at the Polytechnic of Valencia. Daniel defines himself as an animal lover who is increasingly aware of the climate crisis. With increasingly hotter days in the his place of birth, having seen how extreme weather, can affect both people and animals Daniel understands well the interconnections between animal welfare  human wellbeing and the environment and is willing to help raise awareness with whatever is at hand to promote the concept of One Welfare.